After 18 years of negotiations, the Church of Jesus Christ in Madagascar was founded in 1968 through the union of three churches which arose out of the work of the London Missionary Society, the Paris Missionary Society and the Friends Foreign Mission Association. These historic links continue in a new sense of partnership in mission through the church’s membership of CWM and Cevaa and Quaker Peace and Service.

The first missionaries sent by the London Missionary Society landed in the country in 1818. Between 1820 and 1835 some schools were opened, the first church was founded and the entire Bible was translated into Malagasy. For a period up to 1861 the missionaries were unwelcome, and the Malagasy Christians were severely persecuted. In 1862, under a more liberal reign, LMS missionaries were allowed back in Antananarivo. When they came, they found a very active indigenous church. In 1864, a small group of Quakers came to work in cooperation with the LMS. They finally constituted a « Friends Church » in the south-west of the capital. The Society of Evangelical Missions (Paris) did not arrive until the French conquest of the country in 1896. It is interesting to note that the Malagasy union negotiations were begun by missionaries but led to completion by Malagasy church leaders.

The FJKM is the largest Protestant church in the country. It has adopted the presbyterian-synodal polity. The congregations are grouped into regional synods which meet at least once a year. The national synod gathers every four years and the national council of 80 members meets twice a year. The offices of the church are situated in the capital, Antananarivo. The FJKM has three theological colleges, and one theological faculty. It owns 552 schools. In its involvement in the fight against poverty the church gives high priority to evangelism, Christian education, and development in the training of its leaders. With its three departments, eight branches, different units, one orphanage, one printing house, development department, and permanent committees (such as finance, patrimony, national affairs and fight against injustice and corruption, fight against HIV-AIDS, etc.), the church witnesses to Jesus Christ in the national context.

At the national level, the church maintains close contact with the Lutheran Church with which FJKM has been in partnership since 1913 through the Federation of Protestant Churches. Together with the Roman Catholic, the Anglican and the Lutheran churches, the FJKM founded the Christian Council in 1980, a significant expression of Christian solidarity and integrity in the country. 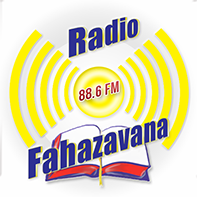